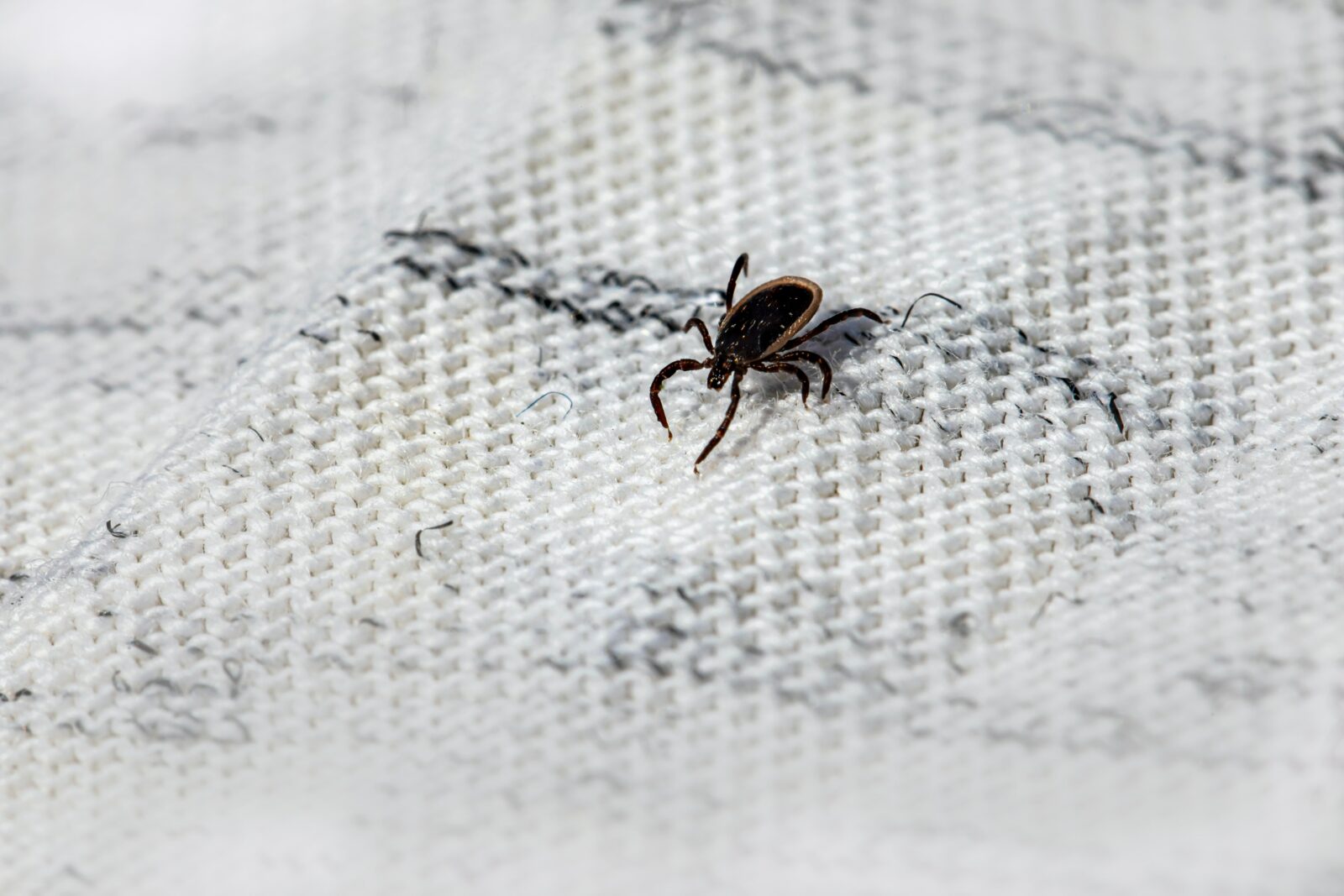 Ticks are tiny, 8-legged, spider-like bugs that can deliver debilitating diseases when they bite humans. They can transmit serious illnesses to humans because they feed on the blood of animals that can carry infectious diseases. Even though they are tiny, a tick bite can result in a wide array of neurological, physical, and psychiatric symptoms that can become fatal in some circumstances.

Known as vector-borne diseases, which means transmission from animal to animal or animal to humans, a total of 9 tick species in the United States transmit 16 different diseases to humans including Rocky Mountain spotted fever, ehrlichiosis, anaplasmosis, Powassan virus, and Lyme disease. Current research shows that having Lyme disease increases the risk not only for mental health issues but also suicide attempts, indicating that Lyme disease can have life-or-death consequences.

How do you contract lyme disease?

The blacklegged tick found throughout the eastern half of the country and the Western blacklegged tick along the Pacific coast carry the bacteria, Borrelia burgdorferi. This bacterium causes Lyme disease. The ticks are found in wooded areas, in leaf debris on the ground, and in tall grasses that can easily catch onto your clothing or skin. Sometimes your dog may bring them in. Once they have a host, ticks navigate to the warm, moist areas of the body and burrow into the skin to feed on blood.

People often don’t know that they’ve been bitten. They may not notice the tick or feel it. Many times, the tick leaves no sign they were there. If the tick is a carrier of the bacteria, it will infect you within 36-48 hours. Then, in as few as 3 days or as many as 30 or more, flu-like symptoms, along with a rash or swollen lymph nodes will start to develop, and eventually so can problems such as these:

Although treatment with antibiotics ASAP can usually alleviate symptoms, the blood tests for Lyme disease are challenging because the antibodies might not develop until a few weeks after infection. Furthermore, without knowing that you’ve been bitten by a tick and because the infectious bacteria can affect the brain, many of the symptoms mimic a host of other disorders, so the possibility of you having Lyme disease might be completely overlooked by a doctor.