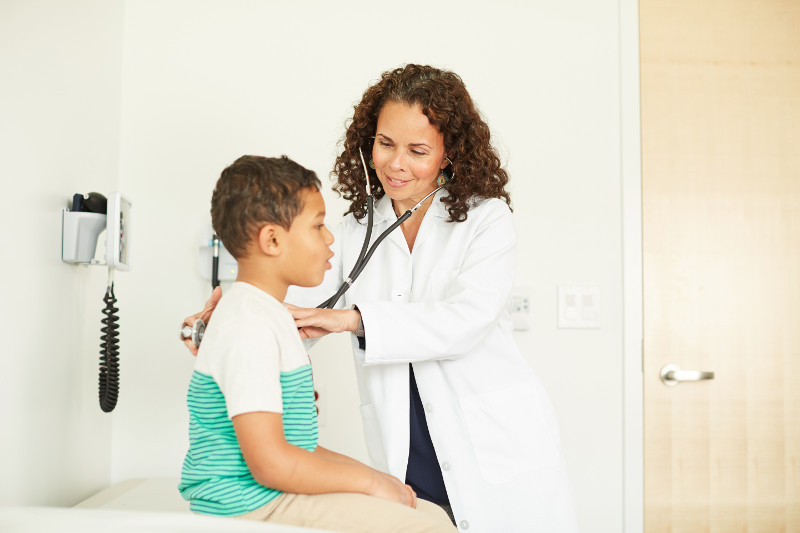 Asthma continues to be the most prevalent chronic condition in children under 18.1 Boys are more likely to be diagnosed than girls (10% vs. 7%).1

According to the National Health Statistics Report for 2015, 96% of children under 18 have a usual place of health care, with 73% receiving care in a doctor’s office.2 This presents an opportunity for consistent oversight of asthmatic children, which can greatly reduce factors associated with chronic exacerbations, time lost from school, and emergency department (ED) visits.

In 2013, 1.6 million emergency department visits listed asthma as the primary diagnosis.3 Education can help reduce ED visits when patients understand the link between daily management, triggers, and attacks. For example, researchers in Saudi Arabia, upon reviewing the ED records of two major hospitals, found that the ED was used for convenience and rapid access to care. 56% of patients said they had not been educated about their condition; patients were unaware of the impact of environmental factors such as passive smoking and the presence of carpets in the bedroom.4

Poorly controlled asthma is often attributed to poor adherence to a treatment plan. Lack of adherence can stem from desire to avoid regular medication use, inappropriate high tolerance of symptoms, not fully comprehending that asthma is a chronic condition, and poor inhaler technique.5

Yet many children (and their parents) have never received a treatment plan. Saudi researchers reported that nearly half of patients surveyed had not received asthma management training from a professional; 42% were untrained on the proper use of an inhaler. The majority lacked a plan to treat or prevent an attack and 92% were without a written treatment plan.4 This lack of plan is similar in the US, where studies show only approximately half of younger patients have ever received a written treatment plan,6 and adherence to established asthma treatment guidelines is low.7

Autism, Mitochondria, and the Latest Research