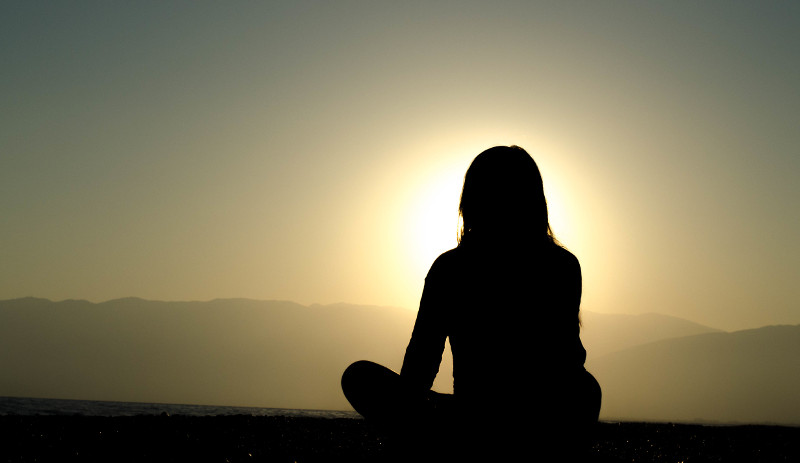 The word “stress” is often used in daily discourse to reflect the pattern of our busy lives. For some, stress comes and goes, but when stress becomes chronic—usually from unresolved uncertainty—serious bodily damage can manifest.1 During a stressful event, neuroendocrine, cardiovascular, and emotional responses become activated1 and can disturb the body’s normal physiological equilibrium.2 Over the past decade, studies have shown that chronic stress can also induce genome-wide epigenetic changes and the distribution of molecules in the brain,3,4 the central organ of stress and adaptation to stress.5 What’s more, maternal genetic changes that result from high cortisol exposure may even be passed down to future generations.6

A 2017 study of patients with Cushing’s Syndrome (CS) in remission found genome-wide changes in DNA methylation.7 Patients exposed to high amounts of cortisol, as is characteristic of CS, had less DNA methylation compared to healthy individuals, and these changes were associated with persistent neuropsychological consequences like fatigue, depression, and anxiety. The findings suggest that long-standing hypercortisolism reduces global DNA methylation, specifically in genes that are known to attenuate the sensitivity of the glucocorticoid receptor, and therefore may induce hyperactivity of the HPA axis7

Early life adverse events and poor maternal care have been linked to changes in GC receptor (NR3C1) DNA methylation.7 Gene-environment interactions are key to how the brain develops, and adverse and stressful childhood experiences (ACE) have a powerful effect on lifelong trajectories of health and disease.3 In fact, stressors that occur early in development have greater and more enduring effects than stressors that occur in adulthood.3

A 2014 review points to a substantial body of evidence connecting early life stress to later life neurodegenerative, cognitive, cardiometabolic, and psychiatric diseases.6 For the fetus, these effects are mediated through alterations in both the maternal and fetal hypothalamic-pituitary-adrenal (HPA) axis leading to in-utero exposure to excess glucocorticoids. After birth, impairment of interactions between mother and infant (like maternal separation or deprivation) was shown to disrupt the neuroendocrine regulations, such as the upregulation of hippocampal glucocorticoid receptor and hypothalamic corticotropin?releasing factor, along with increasing corticosterone and adrenocorticotropic hormone levels. These disruptions may cause behavioral problems in adulthood, such as impaired memory and learning, anxiety, and depressive-like behaviors.6