The Importance of Balanced Cortisol Levels 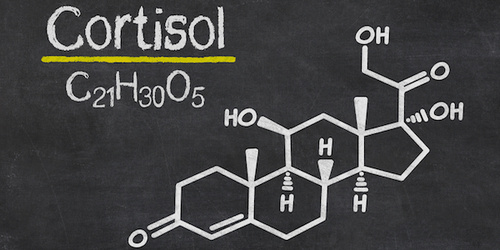 Cortisol is an essential hormone. You would not survive without it, and it has many critical functions in your body including:

Your body needs cortisol when you’re stressed. However, chronically elevated cortisol levels can be harmful. For ideal health, you don’t want to remain in a state of elevated stress, whether it’s physical stress, emotional stress, or environmental stress. Chronic stress inhibits the brain’s ability to respond and results in low cortisol levels.

To determine if you have a relative cortisol excess or deficiency, you need to do some form of cortisol testing. The ideal test for cortisol is a salivary cortisol level test that you can do at home, which checks levels throughout the day and night to see how your cortisol is fluctuating. Blood testing, typically done either first thing in the morning or in the evening, is done by an endocrinologist or someone who specializes in hormones in order to diagnose Addison’s disease or Cushing’s disease. This is sometimes a first screening test to look for a cortisol issue, but if this is normal, then a deeper dive into salivary testing may be ordered.

Let’s first look at relative cortisol deficiency, or hypocortisolism, often referred to as adrenal fatigue. The adrenal glands do not actually become fatigued, they keep on working. Insufficient cortisol is produced because of an issue with the hypothalamus, which communicates with the pituitary, which then communicates with the adrenal glands. This is HPA (hypothalamus, pituitary, adrenal) axis dysregulation. It’s key to remember that this is a brain-based issue.

The Health Benefits of Ashwagandha

Support Your Immune System with the 5 Top Natural Supplements