Sleep Dysfunction & the Importance of Relaxation 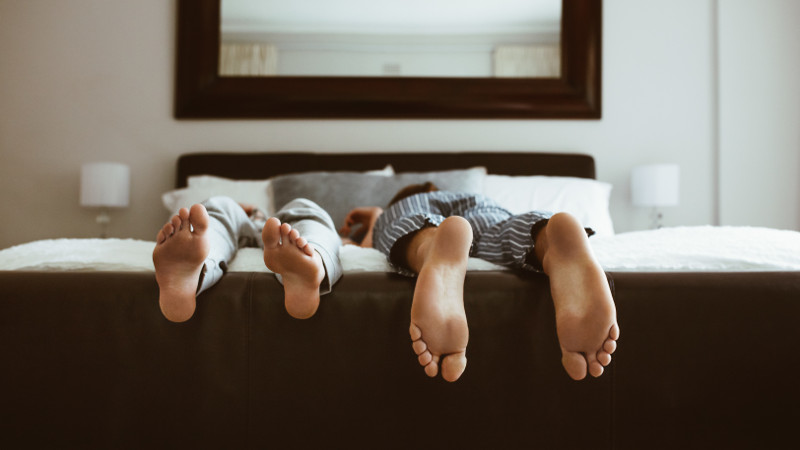 “Put my head under my pillow, and let the quiet put things where they are supposed to be.”
– Stephen Chbosky

Sleep. It’s such an elegant, yet heavy word. It’s something we crave—almost in a whimsical manner, especially when it eludes—leaving us feeling burdened, bogged-down, entrenched. It is viewed as both a necessity and an extravagance, an essential, biological process and a burden.

When patients do not sleep enough, or deeply enough, this dysfunction can affect their blood pressure, heart rate, mental status, hormones, and immune system,1 and sleep deprivation is known to induce oxidative stress.2 Adults who are short sleepers (less than seven hours) are more likely to report 10 chronic health conditions, including depression, arthritis, diabetes, and asthma.3

What’s more, the shorter the sleep, the shorter the life. In rats, sleep deprivation ultimately leads to death.4 Recent findings suggest that individuals who sleep for less than six hours a night have a 12% increased risk of dying prematurely, relative to those getting six to eight hours a night.5 Over one-third of the US population sleeps less than the recommended seven hours a night,6 and the number of people who report being sleep-deprived has significantly increased over the past few decades. In fact, the National Sleep Foundation’s annual survey found that only 10% of American adults prioritize their sleep over other aspects of daily living such as fitness/nutrition, work, social life, and hobbies/personal interests.7

In recent years, new research has underscored just how important sleep is, and how harmful a lack of sleep can be. A fascinating study in 2018 suggests that sleep loss may causally trigger anxiety, and conversely, sleep may be a novel therapeutic target for the amelioration of anxiety.8 Researchers looked at one night’s loss of sleep on anxiety and emotional regulation in 18 healthy young people. After a night of sleep deprivation, participants reported a 30% rise in anxiety levels compared to how they felt the night prior. People who were allowed a full night’s sleep did not experience anxiety. Brain scans showed that sleep deprivation resulted in amplified reactivity within the amygdala and dorsal anterior cingulate (the brain centers of fear and anxiety), yet marked hypoactivity in the medial prefrontal cortex (emotional reactivity). This suggests that sleep may also help to regulate emotions.8