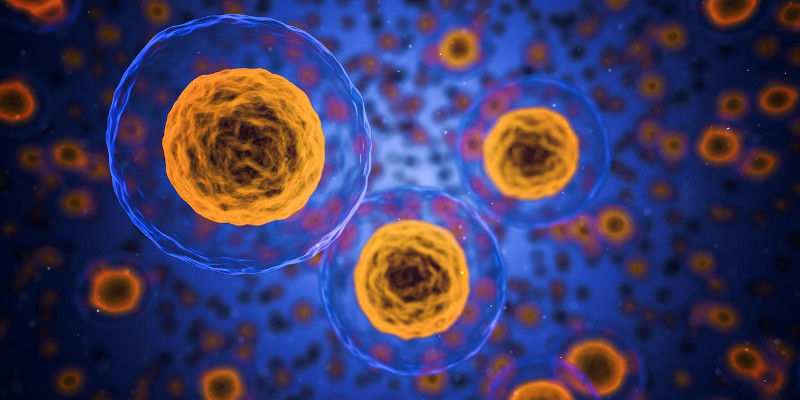 Since the onset of World War II in 1939, autoimmune diseases have increased dramatically worldwide,1 encompassing more than 80 disorders.2 Collectively, autoimmune disorders are among the most prevalent diseases in the US; they are the third most common category of disease after cancer and cardiovascular disease, affecting approximately 5–8% of the US population, or 14.7 to 23.5 million people.3 Statistics show that an estimated 78% of people with autoimmune conditions are women,3 and that these diseases are among the top 10 leading causes of death for girls and women of all age groups.1

It is generally accepted that a common denominator in autoimmune disease is genetic susceptibility of the host immune system to misinterpret a benign environmental antigen as a threat.4 It is well known that the interaction between genes and the environment is fundamental to the immune response, but increasingly, research is validating a new paradigm in which genetic susceptibility coupled with increased intestinal permeability sets the stage for a specific environmental trigger. The trigger then causes a break in immunological tolerance and the onset of an autoimmune cascade.4

The intestinal epithelium is the largest mucosal surface in the body, and it provides an extensive interface with the external environment.4 Healthy, mature gut mucosa with intact tight junctions (TJ) serve as the main barrier to the passage of macromolecules into the gut. When the integrity of the gut barrier is compromised (TJ disassembly)—as is seen during prematurity or exposure to radiation, chemotherapy, and/or toxins—an immune response to environmental antigens that crossed the gut mucosa may develop, leading to autoimmune diseases.4

This complex interplay of genetics, environmental triggers, and intestinal permeability results in various autoimmune diseases that tend to look different depending on the antigens involved, and may thus be viewed as separate entities. However, a broader perspective calls for innovative therapeutic strategies aimed at reestablishing the intestinal barrier function and further examining of the specific environmental triggers that many of these conditions share.4

Scientists are now looking to food to explain the considerable increase in autoimmune diseases such as type 1 diabetes, Crohn’s disease, and multiple sclerosis, suggesting a link between the environment and autoimmune problems.1 In the past 50 years, food has undergone a considerable transformation; new strains of grain have been developed—especially in wheat, rice, soy, and corn. The ingestion of gluten is correlated with a higher risk of autoimmune disease and celiac disease (CD).4