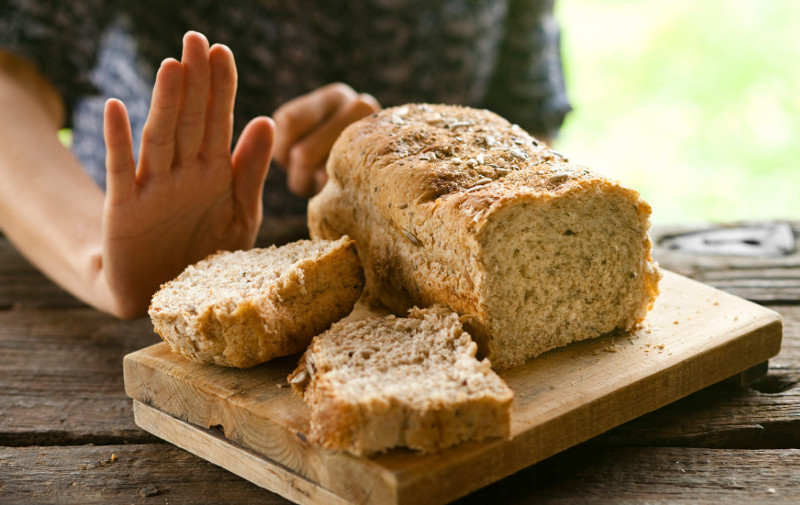 As a lifestyle change, eliminating gluten seems to have helped many patients recover from longstanding health issues. Perhaps as a result, more and more Americans are choosing not to consume gluten.1 Despite some high-profile commentaries to the contrary,2 many clinicians continue to demonstrate positive results when patients eliminate gluten from their diets. It’s clear why this works for those diagnosed with celiac disease, but the mechanisms are somewhat less clear for patients with gluten sensitivity, as well as for those with no known gluten reactions.

The ingestion of gluten has been linked to several clinical disorders, including celiac disease (CD), wheat allergy, and non-celiac gluten sensitivity (NCGS). Celiac affects approximately 1.4% of the global population, based on serologic results, and approximately 0.7% of the global population based on biopsy-confirmed results.3 In the United States specifically, approximately 1% of the population has a CD diagnosis.4 In addition, reports suggest that up to 6% of the United States population may be affected by non-celiac gluten sensitivity.4

CD, an autoimmune reaction, and wheat allergy, an antibody-mediated inflammatory response, have been studied more extensively, but the pathogenesis and mechanisms of NCGS are not as well understood.5

While potential antigens and biomarkers that may lead to the onset of NCGS are still under investigation, the clinical presentation of NCGS includes a wide range of gastrointestinal (GI) and systemic symptoms, including the following:5

These symptoms may occur within hours to days following ingestion of gluten and reportedly dissipate upon the withdrawal of gluten.4