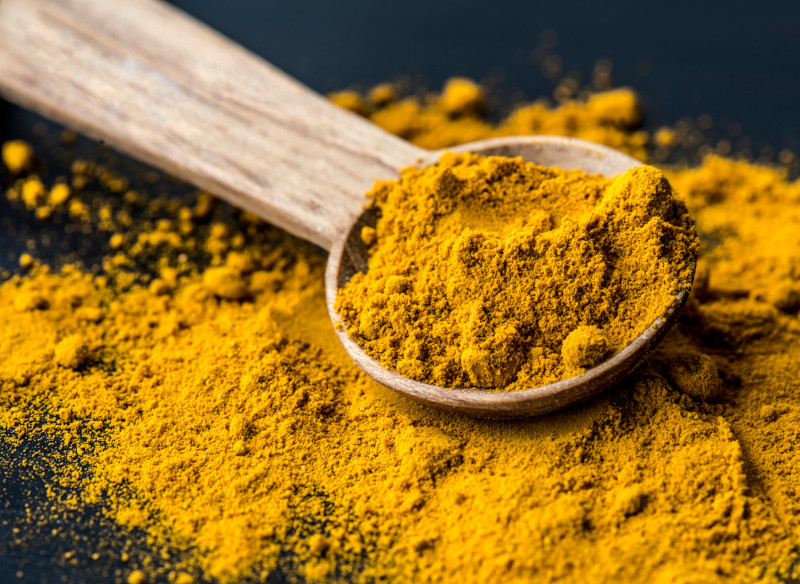 A healthy innate immune system is both a detective, scanning the body for potentially threatening invaders, and a first responder, thwarting pathogens and prompting repair. Innate immunity first appeared 750 million years ago and has been remarkably conserved throughout evolution,1 and it is now understood to be the gatekeeper for coordinating the body’s entire immune response.2 How can diet and lifestyle modifications support the health of this critical system?

Deregulated innate immunity is increasingly common and has been shown to contribute to a wide range of diseases, including:

Over the last decade, a growing body of knowledge about the workings of innate immunity has been translated into clinical practice. Probiotics are emerging as potentially useful therapeutic agents. In the following video, IFM educator Robert Rountree, MD, outlines a number of immunomodulators he uses with patients.

Curcumin is a natural anti-inflammatory, and studies suggest that in humans, one aspect of the positive effects of curcumin on health could be related to its ability to enhance IL-10-mediated effects.10 IL-10 is an anti-inflammatory and immunosuppressive cytokine that is produced by both innate and adaptive immune cells; IL-10 deregulation plays a role in a number of inflammatory diseases associated with an unhealthy innate immune system.10 In addition, a 2020 review suggested that while the mechanism is unclear, phytochemicals, including curcumin, resveratrol, and sulforaphane, inhibit NLRP3 inflammasome activity;11 this protein initiates the release of proinflammatory cytokines as part of the innate immune system and has been implicated in a wide range of chronic diseases.12

What is Type 1 Diabetes and What Changes in Diet and Lifestyle Improve Outcomes?