When people change drastically in their behavior, why do we not look for a hidden trauma of pathogen? 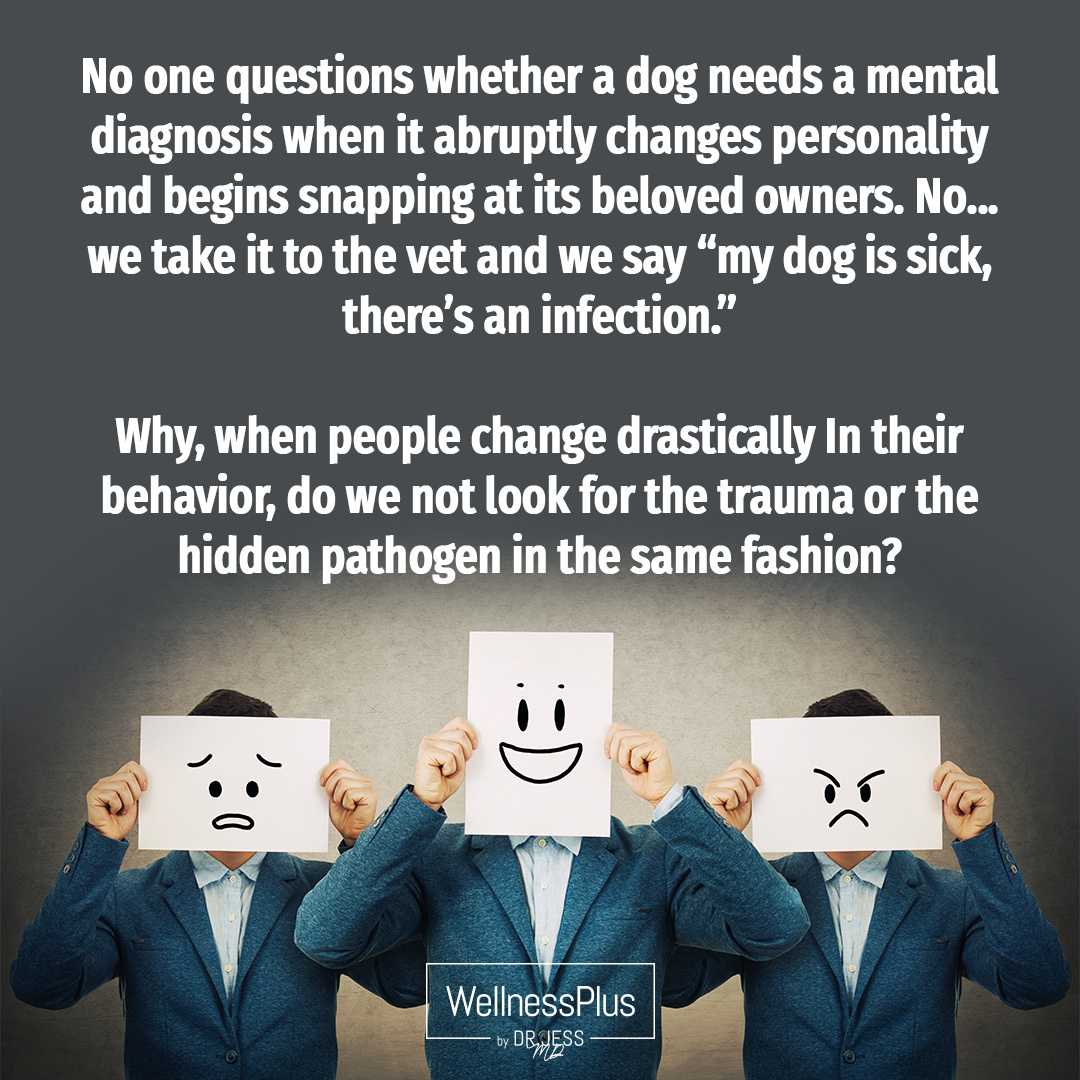 Ever wondered this too? Did you know that #mentalhealth is also connected to environment & not genes? Let’s explore the stealth infection component today.
🔹
#Lymedisease, which plagues 400,000/year, is linked to psychiatric symptoms like #depression, seizures, & suicidality. Lyme is caused by a spirochete, a bacteria which is corkscrew shaped. Therefore it can burrow into tissues like the brain, joints & other parts of the neurologic system. It is a cousin to syphilis, which is rumored to have been the psychiatric downfall of Napoleon. They behave similarly & are experts at hiding from the immune system by forming a sticky biofilm that acts an inflammatory wall.
🔹
Mold is linked to personality changes, depression, #anxiety, #fatigue & Alzheimer’s. In fact, in one study, they surveyed 6000 Europeans & found higher depression (up to 40%) in those that lived in visibly moldy houses.
🔹
Clostridium, the gram + anaerobic bacteria, is implicated in #schizophrenia & autism in some patients. Its also connected to addictive behavior. Bartonella, or cat scratch fever, another tick associated illness, is linked to ice pick headaches, neurologic changes & rage.
🔹
#PANDAs, the neuropsychiatric illness that appears in children, is thought to be linked to Strep & can present as outbursts, obsessive-compulsive disorder & anxiety.
🔹
One study shows active HHV-6 in the autopsied brains of depressed patients & patients with bipolar disorder.

WHAT TOXINS ARE THERE TO ATTRACT SAID MICROBES?!
🔹
Whats interesting is that many of the immune markers that indicate biotoxin illness or #CIRS, also are indicative & suggestive of stark inflammation, including neuroinflammation. New studies are now linking mood disorders, like anxiety & depression, to neuroinflammation rather than blaming it all on genetics or imbalanced neurotransmitters.
🔹
Similar to a possession, Schizophrenia is strongly correlated with sneaky toxoplasmosis, an obligatory parasite that invades the brain & can be contracted from cat litter boxes.
🔹
Another study shows how inflammation & a higher incidence of Celiac, or gluten intolerance, is strangely found among schizophrenics.