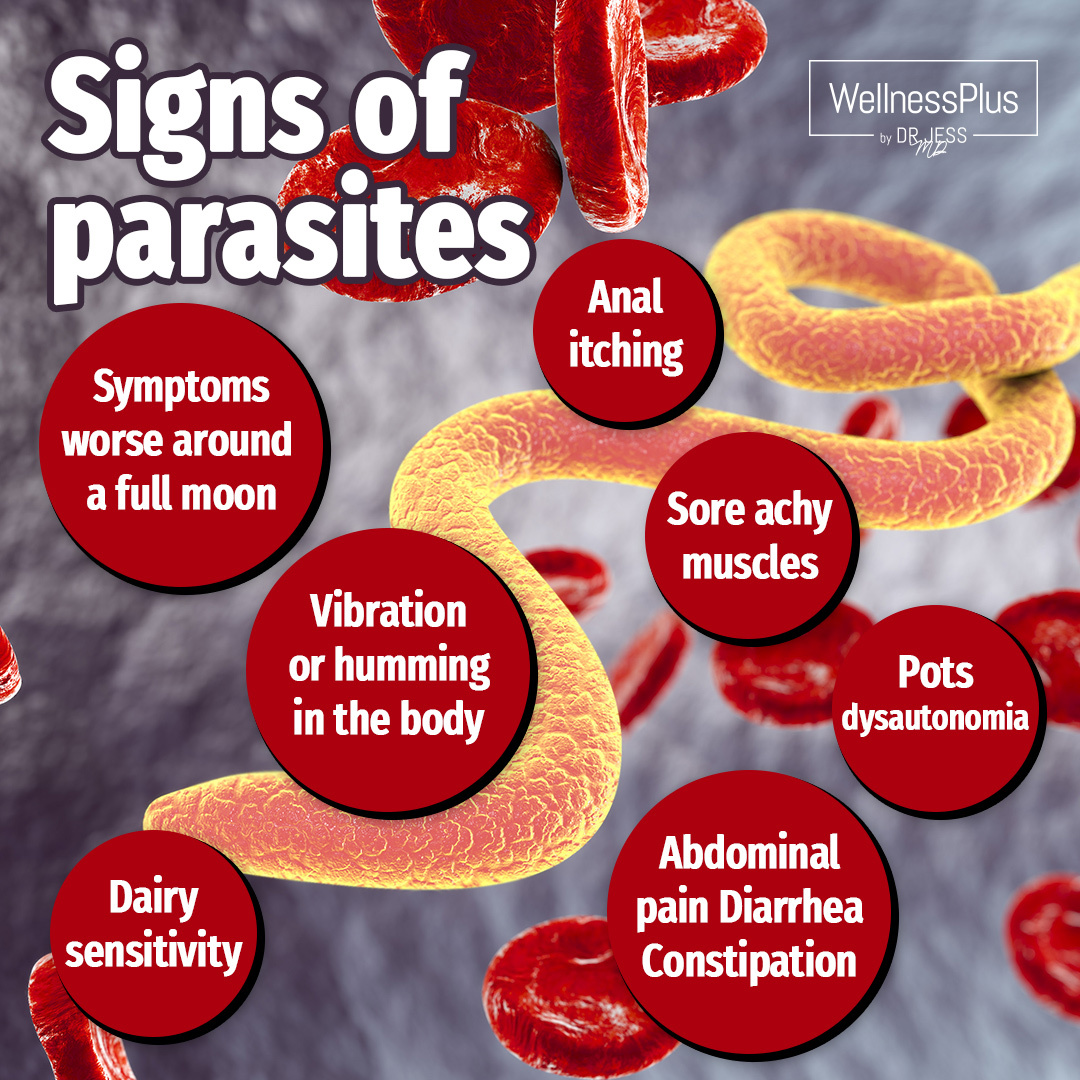 Think parasites only happen in third world countries? Think again. America’s food is no longer fresher or healthier. Do you like raw sushi 🍣? How’s your body’s terrain? These are easy ways to pick up a parasite 🦠. The good news is that with the proper awareness of symptoms, you can remedy the issue! You have to remember that parasites are the perfect example of a stealth pathogen. They do not want to be found (likely here for cleanup some) hence the abysmal testing available for them. Even PCR, which uses DNA (the best we’ve got) will miss parasites all day everyday. This is really a diagnosis based on symptoms or ART (autonomic response testing).
🐛
Examples of common parasites include dientamoeba fragilis, giardia (from drinking contaminated water), entoameoba histalytica, strongyloides which hides in the muscles, Toxoplasmosis from cat litter boxes, or babesia, the intracellular parasite that runs with Lyme.
🐛
Parasites are hard to pinpoint. Some symptoms include worsening abdominal pain, anxiety or insomnia around a full moon 🌕 due to the fact that many parasites’ life cycles follow moon cycles & they’re replicating during this time. This is also when you should be doing #parasitecleansing 1-2x/year unless you show signs of overload. Many parasites replicate in one place in the body & then relocate to another. Often the liver, lymph, bile ducts, mucous membranes or muscles are involved.

Strongyloides has a full life cycle within its human host—from egg to larvae to adult. The larvae can migrate to different areas of the body, causing a systemic infection. It can enter the body through the skin, then makes its way into the bloodstream & goes to the lungs. The worm is coughed up & then swallowed, & ends up in the intestines, where it can go undetected for many years, but causes nausea/bloating. It can also reside in the muscles where it makes you feel like you have soreness like the flu.

Many parasites cause rectal itching, which is a sensitive symptom for diagnosis. Due to the level of inflammation they produce, some develop a dairy sensitivity.

Moreover, Parasites have an affinity for and can carry heavy metals so that one bound up conglomerate is causing haywire issues for the body.

Depending on the parasite, you can see some patients who develop what is known as dysautonomia-an inability to fully control the autonomic nervous system. This may affect the functioning of the heart, bladder, intestines, sweat glands, pupils,  blood vessels & is linked to POTS (postural orthostatic tachycardia syndrome) causing increased heart rate, syncope, & improper sweating. Especially at night, when parasites are active, people might feel an internal humming or vibration in the body. Many also complain of muscle twitching or creepy crawly sensations. Two of my patients with parasites wake up screaming from night terrors each night where they visually see giant spiders are on the wall!! This is the body’s response to KNOWING parasites are crawling inside of it. 🐛