If you suffer from a mental illness and own a cat, steer clear of the litter box. Ask your doctor to test you for toxoplasmosis. 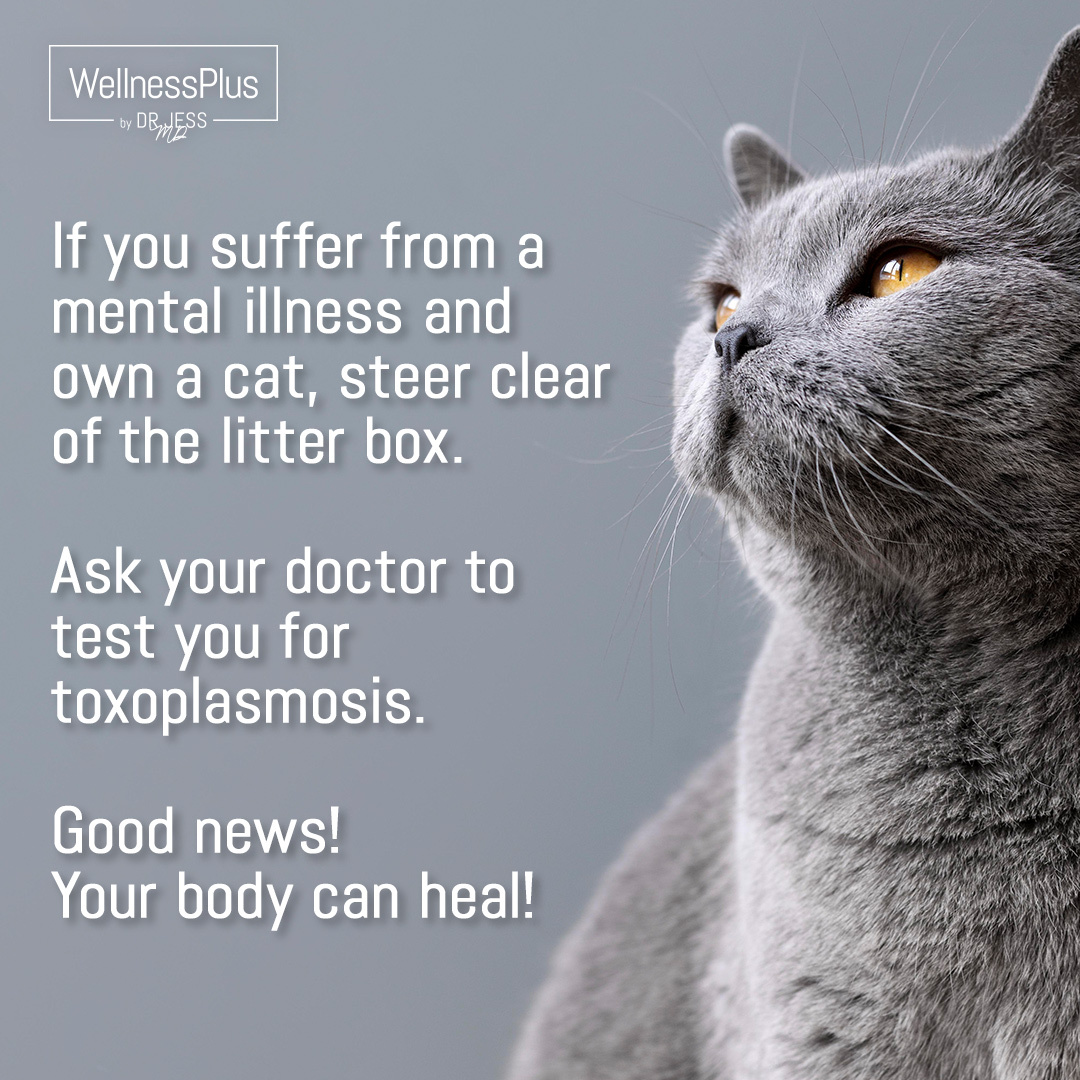 Toxoplasmosis is an obligate parasite 🦠 that is asymptomatic in most adults. It is a HUGE source of mental disorders & is rarely thought of or tested for by practitioners. Infections with toxoplasmosis can progress in immunocompromised people and have the potential to form brain cysts, a lack of coordination, central nervous system symptoms & seizures. Occasionally, people may have a few weeks or months of flu-like illness such as myalgia, also known as muscle aches, tender lymph nodes or lymphadenopathy. But in general-the acute phase & the latent phase are SILENT! In fact most people with normal immune systems wouldnt even know they’ve been exposed or had this parasite.
🔹
Pregnant women must take heed. It is well known that being exposed to cat feces while pregnant is a risk for the baby. The cat is a host for this parasite. We protect babies here…. but the fact that many many people are sorely immunocompromised & also AT RISK, is ignored. Up to 50% of the world’s population is infected by toxoplasmosis, but have no symptoms. In the USA, approximately 11% of people are infected, while in some areas of the world this is more than 60%. If infected during pregnancy, a condition known as congenital toxoplasmosis, may affect the child 👶🏼, leading to birth defects.
🔹
This pathogen is excellent at hiding & it’s spores, which can form bradyzoites, which are able to lie dormant in the host body. They form walled off cysts, which is the immune system cannot “see.” Biofilm busters anyone?
🔹
The literature is well steeped in evidence connecting this pathogen is linked to mood disorders, schizophrenia, behavioral & personality changes. In fact, mutiple studies have shown increased incidence of Toxoplasmosis Gondii antibodies in the blood of the mentally ill. .
🔹
You can ask your doc to check for serologic antibodies Toxo. And guess what? It can be killed by antifungals, ozone & herbs.