Do you have period cramps, PMS pain, roller coaster emotions or even a diagnosis of endometriosis? 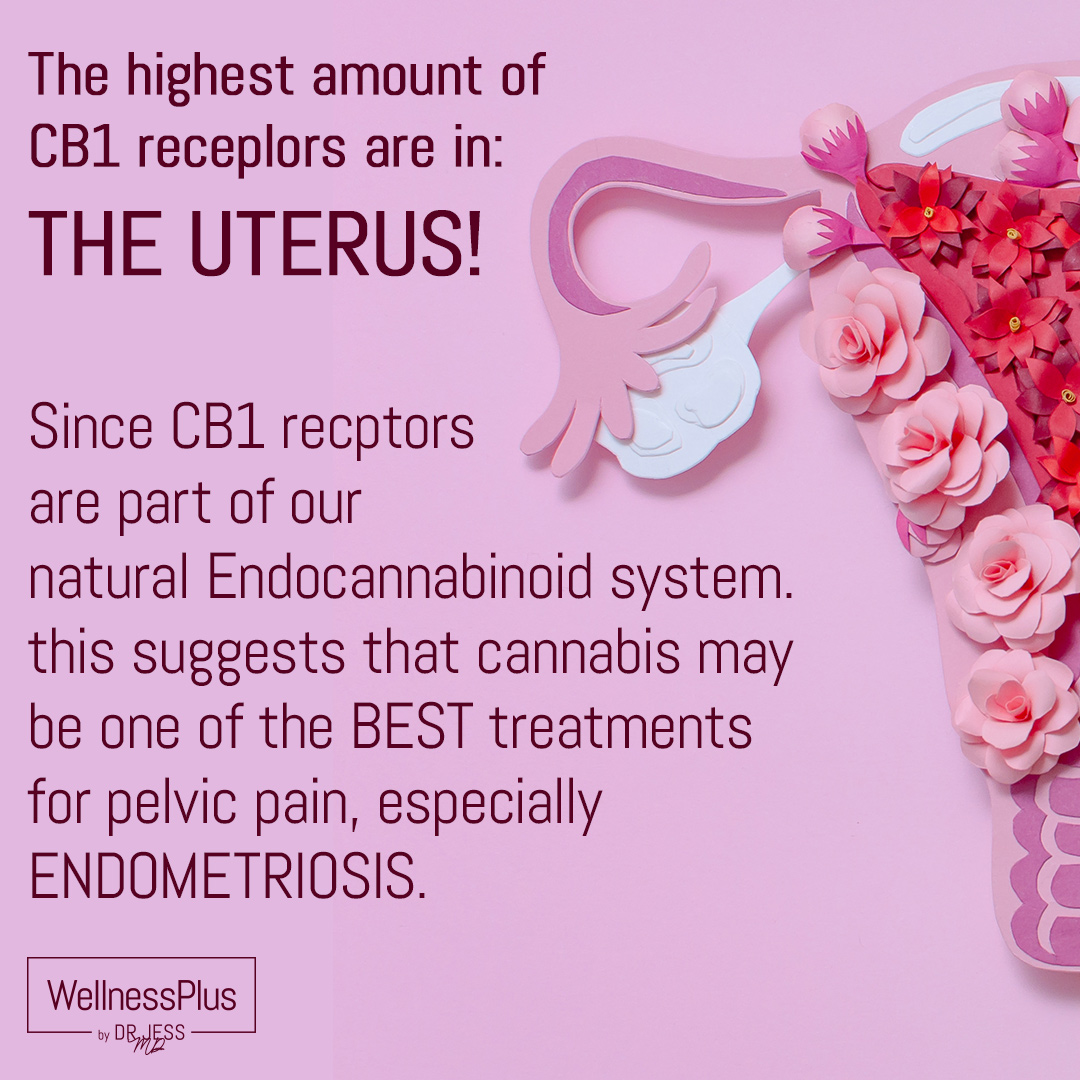 Hey hey ladies! Do you have period cramps, PMS pain, roller coaster emotions or even a diagnosis of #endometriosis? There’s more that you can do other than NSAIDS, Toradol, #birthcontrolpills, ablations, surgeries or #hysterectomies! For example, cutting out fibroids or adenomyosis (where tissue grows into the muscle layer of the uterus) can create more scar tissue or #adhesions which cause increased pain & obstructions. Of course this doesn’t always happen & many times these procedures can’t be avoided. But I must say, that just like antibiotics, they are over utilized & the system should encourage other options to be researched first.
🔸
Recent literature has exemplified the role of the endocannabinoid system in the reproductive system. CB1 receptors are highly expressed in the uterus, as well as in multiple nonreproductive tissues like the brain. The other type of cannabinoid receptor, CB2, is found on the cell membrane of imumunecells, which explains how cannabis can modulate immunity. Anandamide, our own endocannabinoid made in the body, is found in high concentrations in uterine fluid. In fact, anandamide is involved in follicle & ovary maturation as well as ovulation!
🔸
Researchers have discovered a increase in Anadamide with decreased local CB1 expression in women with endometriosis compared to those without endometriosis. Increased anadamide is present in women with only dyspareunia (pain) & dysmenorrhea (irregular bleeding) too!
🔸
This result suggests a negative feedback loop regulation, which may impair the capability of these mediators to control pain in endometriosis patients. Basically the body is trying to raise its natural endo cannabinoid since CB1 receptors are so low. Reduced ECS function has been suggested to lead to growth of endometriosis tissue & a more severe pain experience. Endo has been called an endocannabinoid deficiency-Chronic fatigue & migraines have been labeled an ECS deficiency!
🔸
Conclusion of the 2017 study: “ECS modulation appears to be a good therapy by potentially fighting inflammation, hormonal & immunologic processes.”