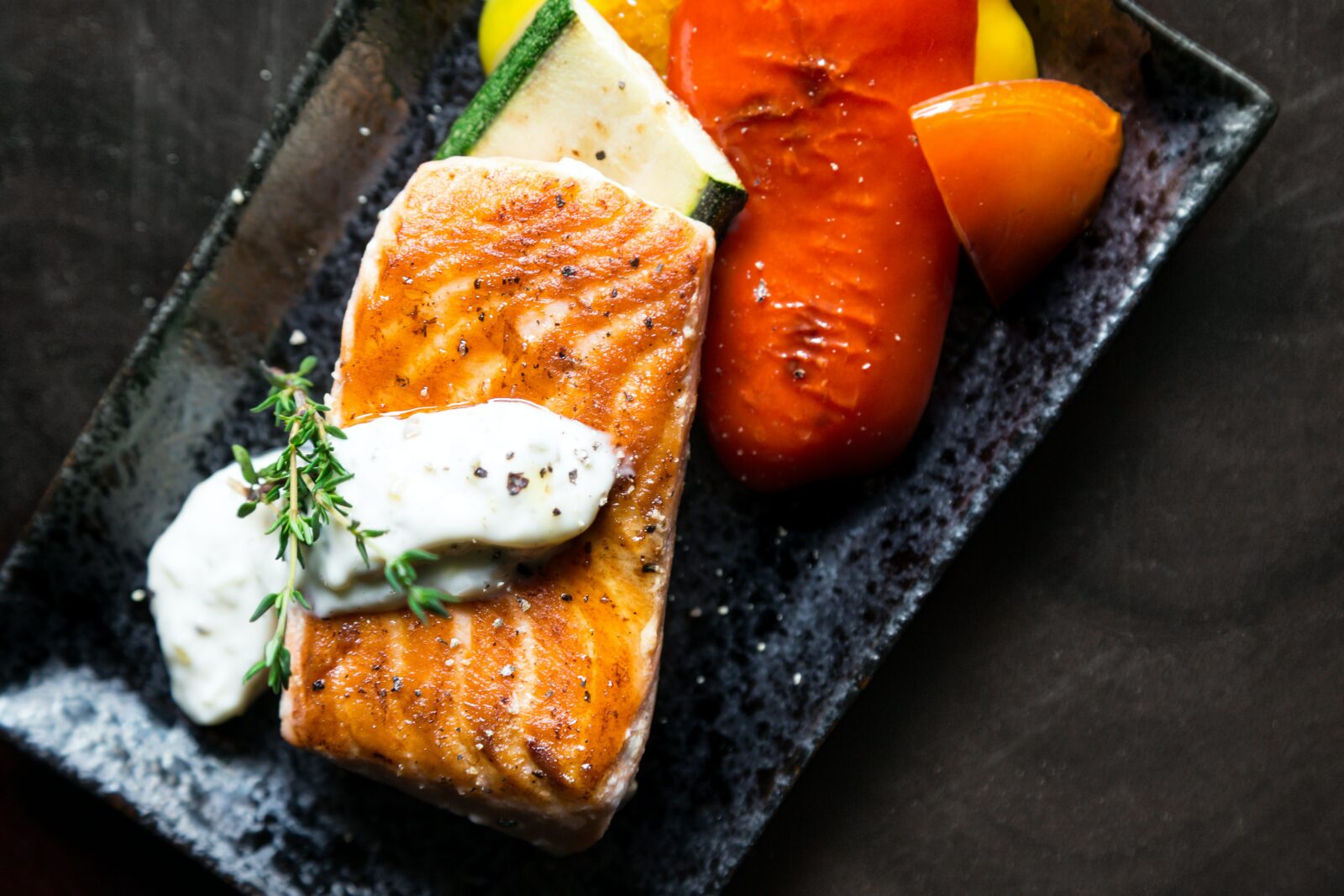 Fish play a crucial role in our ecosystem and our diets. However, overfishing has depleted the overall fishing stock especially in popular fish like salmon. Fish farming promises to be a win/win solution, but it creates more problems than it solves. Fish farms pollute the aquatic environment and spread disease to wild stock. In addition, farmed fish have fewer nutrients and contain more toxins, which accumulate in our bodies.

Farmed salmon is the most toxic food source globally

Testing has shown that farmed salmon is one of the most toxic foods in the world and ranks alongside junk food for that reason. Studies dating back for over a decade highlight the problems. A study published in 2004 found 13 persistent organic pollutants in the flesh of the fish. On average, polychlorinated biphenyl (PCB) concentrations in farmed salmon were eight times higher than in wild salmon. The researchers concluded that “Risk analysis indicates that consumption of farmed Atlantic salmon may pose health risks that detract from the beneficial effects of fish consumption.”

The International Agency for Research on Cancer and the Environmental Protection Agency classify PCBs as probably carcinogenic. In addition, the CDC states that PCBs are involved in critical health conditions in animal studies including immunosuppression, cancer, neurotoxicity, and reproductive and developmental toxicity. Research suggests that contaminated fish is the most common source of PCBs because they accumulate in fat tissue.

A 2011 study published in PLOS ONE showed that continued consumption of farmed salmon resulted in glucose intolerance, insulin resistance, and obesity in mice due to PCBs found in the fish. The researchers stated that “Our data indicate that intake of farmed salmon filet contributes to several metabolic disorders linked to Type 2 diabetes and obesity, and suggest a role of POPs in these deleterious effects. Overall, these findings may participate to improve nutritional strategies for the prevention and therapy of insulin resistance.”

Farmed Atlantic salmon sold in the U.S. and U.K. may also contain polybrominated diphenyl ethers (PBDEs), which are toxic POPs that have been restricted or banned in the U.S. and many European countries due to their toxic influence on child development. The 2018 study by the University of Pittsburgh found evidence of PBDEs in the food fed to farmed salmon.

How Selenium Helps Rid Your Body of Mercury

How Toxins Pollute Your Brain