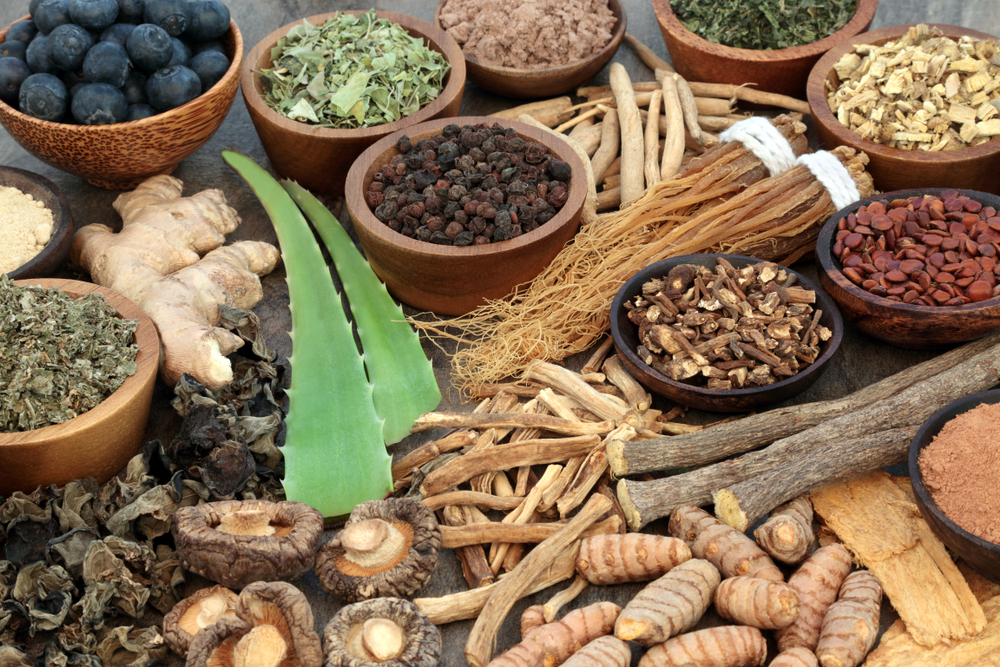 Ashwagandha is one of the most important herbs in Ayurveda, which is the traditional system of medicine in India. It has been used for thousands of years to promote overall well-being, a more youthful state of mental and physical health, and improved mood. It acts as an adaptogen and anti-stress agent.

Ashwagandha is often used as a fine powder mixed with water, honey, or ghee. It enhances the function of the nervous system and brain. It improves memory and promotes a healthy sexual and reproductive balance. Its effects as an adaptogen help build the body’s resilience to stress, and it improves cell-mediated immunity thereby improving your body’s defense system. In addition, ashwagandha has potent antioxidant properties that help protect against cellular damage caused by free radicals.

Let’s take a deeper look at both the traditional and modern uses of this very useful herb.

The active compounds in ashwagandha

Traditional use of ashwagandha in ayurveda

Ayurveda goes back at least to 6,000 BCE, and for most of these thousands of years, the herb has been made into a fine powder to be mixed with ghee, honey, or water. The root of Ashwagandha is regarded as tonic, aphrodisiac, narcotic, diuretic, anthelmintic, astringent, thermogenic, and stimulant.